Your Morning Cup of Coffee Can Affect Your Heart’s Rhythms

Your Morning Cup of Coffee Can Affect Your Heart’s Rhythms 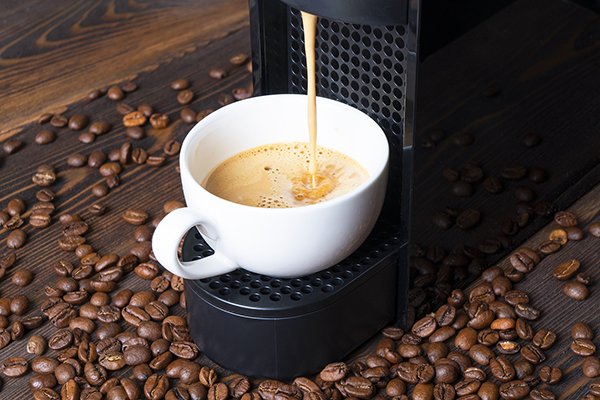 Your daily cup of joe might be a quick pick-me-up, but it comes with a mixed bag of good and not-so-good effects on your health, a new study reports.

And while java doesn’t seem to cause irregular rhythms in the upper chamber of the heart, it can do so in the lower chambers, according to findings presented Sunday at the online annual meeting of the American Heart Association.

“People should understand that this extremely commonly consumed beverage really does have substantive effects on our health, and they’re variable,” said lead author Dr. Gregory Marcus, associate chief of cardiology for research at the University of California, San Francisco. “It’s not that coffee is necessarily all good or all bad. It’s very likely that whether it’s net good or net bad depends on a combination of factors.”

Physicians have long considered caffeine a potential heart health risk, since it is a stimulant that increases heart rate. But prior studies on the subject have produced results that were “all over the place,” said Dr. Sana Al-Khatib, a Duke heart rhythm expert.

“A very common question we get almost every week from patients is: Can I drink coffee? Especially in patients with atrial fibrillation,” a heart rhythm disorder that increases risk of stroke and heart attack, said Al-Khatib, an electrophysiologist with the Duke Electrophysiology Clinic in Durham, N.C.

“It hasn’t been easy for us as clinicians to advise patients,” noted Al-Khatib, who wasn’t involved with the study.

For this clinical trial, Marcus and his team recruited 100 coffee drinkers and fitted them with several devices to continuously record their health — a Fitbit, a heart monitor and a blood glucose tracker.

Over two weeks, participants were randomly assigned on a daily basis to either drink as much coffee as they liked or to forgo it.

The researchers then tracked the changes within each person and between people that occurred when they were either exposed to coffee or went without.

The study found no evidence that coffee consumption created any irregular rhythms within the atria, the upper chambers of the heart. That’s good news, since one of the major medical concerns about coffee has been whether it might promote atrial fibrillation, a potentially dangerous condition.

But they did find that coffee consumption could cause the ventricles — the lower chambers of the heart — to skip beats.

“On days randomly assigned to coffee, people exhibited about 50% more premature ventricular contractions [PVCs] — more early beats arising from the lower chambers of the heart,” Marcus said. “Those who consumed more than a drink of coffee exhibited essentially a doubling of their PVC counts.”

These PVCs are common and are usually regarded as harmless, he added.

“We all have them once in a while, and generally they’re considered benign,” Marcus said. “But we and others have shown that more PVCs are an independent risk factor for heart failure over time. Not everyone with more PVCs has heart failure, but it is a factor.”

Coffee also had dramatic effects on two other major factors in your health — physical activity and sleep.

On days they were randomly assigned to drink coffee, participants on average took about 1,000 more steps than they normally would, Marcus said.

“For every additional cup of coffee drink consumed, there was an additional 500 steps,” he said.

On the other hand, coffee tended to rob people of sleep.

“On days randomly assigned to coffee, people slept on average about a half-hour less that evening,” Marcus said. “For every additional cup of coffee, there was about 18 minutes less sleep.”

But folks who were genetically inclined to metabolize coffee more quickly did not exhibit any significant relationship between their coffee consumption and sleep deprivation.

While Al-Khatib said the study was well done, she sees a need for follow-up research involving more patients over a longer time to see if coffee’s immediate effects eventually lead to increased risk for heart disease, stroke and other health problems.

Participants in this study were relatively young and healthy, with an average age of 38 and an average BMI on the high end of healthy — “not typical of the patient population we see in clinical practice,” who are older and have one or more health problems, said Al-Khatib.

So if you’re concerned about the effects of coffee on your health, you should probably talk with your doctor, Marcus said. Depending on your personal health issues, it might make sense for you to either drink coffee or abstain from it.

“If there’s a goal to increase or maintain physical activity, then coffee may be helpful,” he added, “But for those who have difficulty sleeping then the sleep disruption caused by coffee may make it less worth it.”

Despite her reservations, Al-Khatib plans to use this study when counseling patients.

“I wouldn’t think of these results as, oh, OK, great, so what, let’s wait for the next study,” she said. “I will incorporate those findings in my discussions with patients, of course, after I’ve read the full paper and assuming there are no surprises.”

Research presented at meetings is typically considered preliminary until published in a peer-reviewed journal.