Which Exercise Regimen Works Best to Ease Lower Back Pain?

Which Exercise Regimen Works Best to Ease Lower Back Pain?

Chronic lower back pain can make the most routine tasks difficult. But a new study suggests patients can learn new, practical and less painful ways to move through individualized “motor skills training,” or MST.

A two-year study of nearly 150 patients found that MST appears to better relieve disability from lower back pain than a more common but less-tailored exercise regimen broadly focused on improving strength and flexibility.

“Our findings suggest that motor skill training in functional activities is an effective and efficient treatment that results in important short-term and long-term improvement in function in people with chronic low back pain,” said study lead author Linda Van Dillen. She’s a professor of physical therapy at Washington University in St. Louis School of Medicine.

Lower back pain is incredibly common, and the No. 1 cause of disability, according to Van Dillen. It is the most frequent cause of chronic pain among American adults. 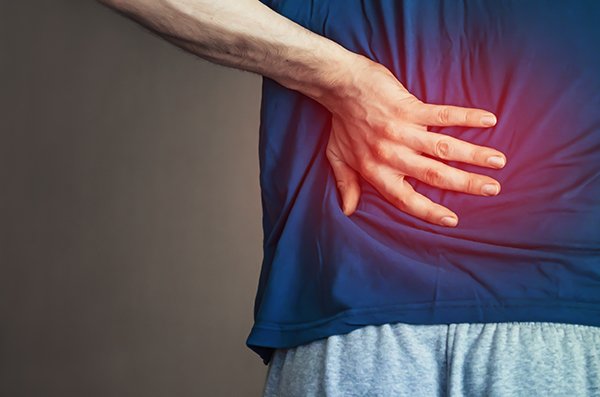 Van Dillen notes that at least 60% to 80% of adults will experience lower back pain, and “almost half of them will have had a major episode by age 30.”

Yet there is no accepted standard of care for chronic lower back pain patients, nor a clear sense of what type of exercise intervention might work best, researchers said.

To get a better handle on the issue, Van Dillen’s team focused on a pool of patients diagnosed with what is known as “non-specific” lower back pain. That means they have tension, stiffness and/or soreness in the lower back area for which there is no clear cause.

Before the study began in December 2013, all participants had struggled with lower back pain for at least a year.

Participants, who ranged in age from 18 to 60, were randomly divided into two groups. One group received “strength and flexibility treatment for the trunk and lower limbs” — a common exercise intervention, according to Van Dillen.

The other group took part in MST, which teaches patients new ways to carry out everyday tasks rendered difficult by back pain.

MST aims to zero in on each patient’s personal posture and movements throughout an entire day, and then to tailor pain-free movement strategies to their specific routines.

Both groups received six weeks of training for one hour per week. Half of each group also received three “booster” treatment sessions six months later. Disability questionnaires were completed at the outset, and at six months and one year out.

Six months out, MST patients had fewer acute back pain flare-ups and were more likely to keep up with their exercises. And after a year, when their back pain flared up, it was less severe, researchers said.

He said it remains to be seen just how much better MST is compared to more common interventions.

While Park said the findings appear to be statistically significant and support the benefit of therapy on back pain, he stopped short of saying the researchers had shown “meaningful improvement.”

“I think any structured therapy can be beneficial, because you want the muscles moving and working to help with back pain,” Park said. “We used to think rest and relaxation was better. But studies show only short-term rest is beneficial, and actually if you rest too long, you can have worse outcomes.”

As a result, he added, many doctors advise patients to rest for the short term and then to begin exercising to help the muscles.

The findings were published Dec. 28 online in JAMA Neurology.

Learn more about lower back pain at the U.S. National Institute of Neurological Disorders and Stroke.