Want to Avoid Sleep Apnea? Get Off the Sofa

Want to Avoid Sleep Apnea? Get Off the Sofa 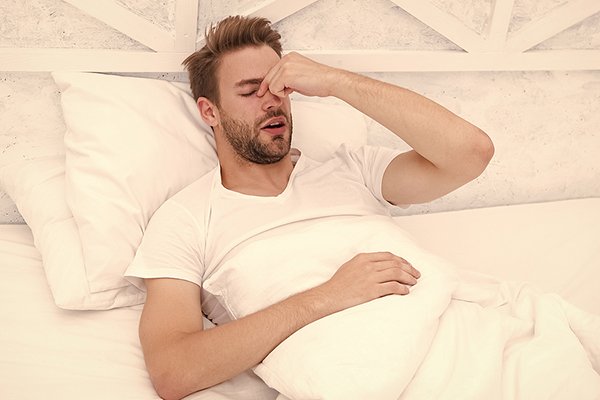 Here’s yet another reason to limit screen time and get moving: Boosting your activity levels could reduce your risk of sleep apnea, according to a new study.

Compared to the most active people in the study, those who spent more than four hours a day sitting watching TV had a 78% higher risk of obstructive sleep apnea (OSA), and those with sedentary jobs had a 49% higher risk.

And that added risk was not due to their weight.

“We saw a clear relationship between levels of physical activity, sedentary behavior and OSA risk. People who followed the current World Health Organization physical activity guidelines of getting at least 150 minutes of moderate activity per week, and who spent less than four hours per day sitting watching TV, had substantially lower OSA risk,” said study leader Tianyi Huang, an assistant professor and associate epidemiologist at Brigham and Women’s Hospital and Harvard Medical School, in Boston.

The study included more than 138,000 U.S. women and men without a diagnosis of sleep apnea. They were followed for 10 to 18 years. Over that time, more than 8,700 were diagnosed with the condition.

So are desk jockeys doomed? Not necessarily.

The study was published July 20 in the European Respiratory Journal.

“Importantly, we saw that any additional increase in physical activity, and/or a reduction in sedentary hours, could have benefits that reduce the risk of developing OSA,” Huang explained in a journal news release.

The difference in risk between sedentary work and time spent sitting watching TV could be explained by other behaviors related to those activities, the researchers suggested.

Anita Simonds, president of the European Respiratory Society, was not involved with the study but commented on the report. She said, “It is encouraging that even a small increase in physical activity or reduction in sedentary hours could reap potential benefits. It is therefore an important message to get across to our patients and their families in primary care and respiratory clinics.”

“For example, snacking and drinking sugary drinks is more likely to go along with watching TV compared with being sedentary at work or elsewhere, such as sitting during traveling. This could lead to additional weight gain, which we know to be a risk factor for OSA,” Huang noted.