Too Much Sitting May Be Bad for Your Mental Health

Too Much Sitting May Be Bad for Your Mental Health 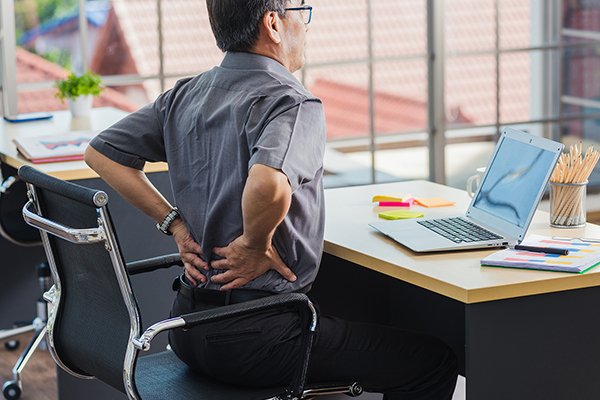 Call it the great pandemic sit-down.

As COVID-19 turned daily commutes into shuffles between rooms at home, and Netflix replaced time spent at the gym or playing sports, Americans have been sitting a lot more. Now a new study suggests it may be putting their mental health at risk.

“We knew COVID was going to affect our behavior and what we could do in lots of weird, funky ways that we couldn’t predict,” said study co-author Jacob Meyer of Iowa State University. He led a pair of studies to find out how inactivity during the pandemic has affected the way people think, feel and see the world.

Both are based on surveys of more than 3,000 people nationwide.

The first revealed that respondents who had gotten the recommended 2.5 to 5 hours a week of moderate to vigorous physical activity before the pandemic had an average 32% decline in activity right after COVID-related restrictions took effect.

Those people reported feeling more depressed, anxious and lonely, according to findings published last year in the International Journal of Environmental Research and Public Health.

For the new follow-up study, the same participants filled out weekly surveys between April and June 2020. Typically, folks saw their mental health improve over that time.

“People adjusted to life in the pandemic,” said Meyer, an assistant professor of kinesiology and director of the Wellbeing and Exercise Laboratory. “But for people whose sitting times stayed high, their depressive symptoms, on average, didn’t recover in the same way as everyone else’s.”

The new study was recently published in the journal Frontiers in Psychiatry.

“We know when people’s physical activity and screen time changes, that’s related to their mental health in general, but we haven’t really seen large population data like this in response to an abrupt change before,” Meyer said in an Iowa State news release.

“It’s certainly worthy of more investigation,” he said. “I think being aware of some of the subtle changes we’ve made during the pandemic and how they might be beneficial or detrimental is really important as we look to the other side of pandemic life.”

In the meantime, it’s important to break up long periods of sitting by getting up and moving.

“If you’re no longer walking down the hall for in-person meetings, you can still incorporate that break from sitting by taking a short walk before and after your Zoom call,” Meyer said.

If you’re working at home, walk around the block before and after the workday to mimic your commute, he suggested.

Yale Medicine has more on the health risks of too much sitting.
SOURCE: Iowa State University, news release, Nov. 8, 2021