The Unexpected Health Benefits of Walking

The Unexpected Health Benefits of Walking

When communicating the physical benefits of walking to your employees, they may already be aware of some of the better-known benefits, such as losing weight, toning muscles and building physical stamina.  What they may not be aware of is the many additional – and perhaps surprising – heath benefits of walking that can have both short-term and long-term impacts on their wellbeing. Below are just a few of the unexpected ways in which walking can have profound health benefits. 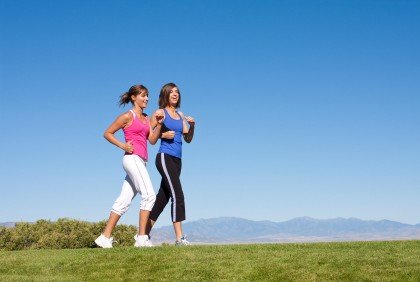 A recent release from the Center for Disease Control warns that the 2012 flu season is off to an early start, and suggests that we may be in for a particularly active year. The good news is that those who make walking part of their regular fitness routine may be better equipped to avoid coming down with the flu in the first place. Research shows that brisk 30 to 45 minute walks five days per week can increase the body’s level of leukocytes, an immune system cell that fights off diseases and viruses such as influenza. Not only were the patients in these studies less likely to get the flu, but they also contracted fewer and less severe colds and upper respiratory infections.

In addition to fighting off seasonal viruses, employees who walk regularly may also reduce their risk of cancer. A growing body of research is linking moderate exercise, including regular brisk walks, with lower incidences of various forms of cancer, including prostate cancer, breast cancer and colon cancer. Not only does walking help combat obesity, a significant risk factor in some forms of cancer, but studies have shown decreased risk of certain cancers in patients who are physically active, regardless of their weight. In addition to preventing cancer, brisk walking has also been suggested to help in fighting the disease in those who have been diagnosed with breast and prostate cancer.

To some of your employees who walk frequently, the notion that brisk walking has emotional benefits may come as no surprise; the fresh air, walking’s meditative rhythm, and the opportunity for social interaction are all mood-boosting qualities familiar to many walkers. In addition to these powerful psychological benefits, walking also appears to have a physiological impact that can not only help reduce stress, but even ward off depression due to the release of mood enhancing endorphins. Exercise has frequently been suggested as part of depression treatment in the past, but current research is showing that walking may be a more effective treatment that previously realized; one recent study suggests that walking is as effective as more vigorous forms of exercise in treating mild depression.

By making frequent walking part of their fitness routine, your employees may be taking steps to lower their risk of Alzheimer’s disease. A 2004 study showed that elderly men who walked less than a quarter of a mile each day were twice as likely to develop the disease than were men who walked more than two miles daily. Another study in 2010 concluded that for people who already show signs of mild cognitive impairment, those who walked five to six miles per week were 50% less likely to develop Alzheimer’s than those who were sedentary. A third study, published in 2012, also supported the correlation between increased physical activity and lower instances of the disease.

At Walkingspree, we provide superior corporate wellness solutions centered on the numerous benefits of our corporate walking program. Our customized health and fitness solutions combine advanced monitoring and tracking technology with the built-in-fun of motivating incentives, rewards, and social interactions for programs that result in high engagement, healthier employees, and positive ROI. To learn more about the significant benefits that your company and your employees can realize with our corporate walking program, contact Walkingspree today.
Musa2012-12-05T19:26:12+00:00