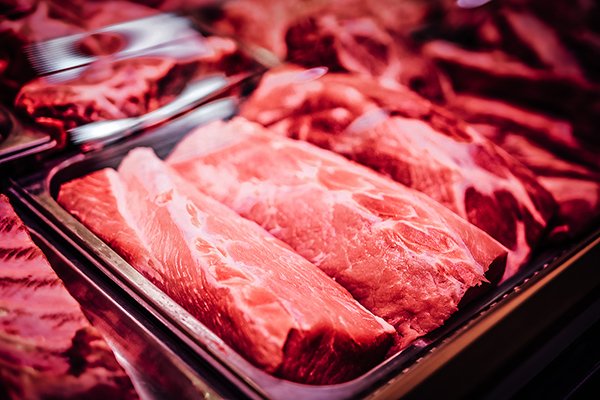 Red-meat lovers may raise their risk of heart disease through a chain of events that plays out in the gut, a new study suggests.

Many studies over the years have tied diets heavy in red and processed meats to a heightened risk of heart disease and stroke. That type of evidence does not, however, prove red meat is the problem — or, if it is, why.

The new findings offer more clues about the “why.”

Researchers found that particular gut bacteria, more abundant in red-meat eaters, are key in turning a dietary nutrient called carnitine into a foe: a chemical known as TMAO, which helps promote blood-clotting and clogged arteries.

In particular, he pointed to the traditional Mediterranean diet, which has been shown in clinical trials to cut the risks of heart disease and stroke.

That diet is high in fish, fruits and vegetables, legumes, olive oil and nuts — and low in red meat and processed foods.

The new study was published Dec. 23 in Nature Microbiology. It is among the latest to delve into the relationship among diet, the gut microbiome and human health.

“Microbiome” refers to the vast collection of bacteria and other microbes that naturally inhabit the human body, especially the gut. Research in recent years has begun to reveal just how vital those gut microbes are — not only in digestion, but in immune system defenses, brain function and the health of the cardiovascular system.

It’s well-established, Hazen said, that people with diets high in red meat typically have a higher risk of heart disease and stroke than those who eat little red meat.

But, Hazen said, research has shown that any ill effects of saturated fat are not enough to explain the excess heart disease risks linked to heavy red-meat consumption. There had to be other mechanisms.

The new findings point to one, said Lauri Wright, chair of nutrition and dietetics at the University of North Florida, in Jacksonville.

There is still much to learn about the gut microbiome, said Wright, who is also a spokesperson for the Academy of Nutrition and Dietetics. But in general, she said, diets rich in foods like vegetables, fruits and high-fiber grains help “feed” beneficial gut microbes.

“It still goes back to food,” Wright said.

Hazen, too, said he is a “big supporter” of using diet to change the gut microbiome, rather than adding certain bugs via probiotic supplements.

“Changing your diet changes the soil” that feeds gut microbes, he explained.

The latest findings build on earlier work by Hazen and his colleagues focusing on TMAO. The chemical is generated when gut bacteria break down carnitine, a nutrient particularly abundant in red meat.

The researchers had already shown that TMAO appears to raise the risk of heart disease and stroke. And in a 2019 study, they found that adding red meat to healthy people’s diets for a short time boosts blood levels of TMAO. Those levels went back down, though, when red meat was swapped for either white meat or vegetable proteins.

In the latest study, looking at both humans and lab mice, the researchers found that a cluster of gut bacteria — within a group called Emergencia timonensis — transform carnitine into TMAO. While meat-eaters harbor a decent amount of those microbes, longtime vegetarians and vegans have very few.

In the experiments with mice, the researchers found that introducing E. timonensis boosted TMAO levels and the blood’s propensity to form clots.

The researchers also analyzed stool samples from people who took part in the 2019 diet study. They found that when participants were eating a lot of red meat, their stool harbored more of the culprit E. timonensis microbes; when they switched to non-meat protein sources, those microbial levels dropped.

There are blood tests available to measure people’s TMAO levels. And Hazen said that these could potentially allow health-care providers to give patients more personal diet advice: If someone’s TMAO levels were high, limiting red meat would be particularly important.

But what you take in, Wright noted, is as important as what you limit. She said that fermented foods like yogurt and kimchi, which contain certain microbes, can be good choices. But again, she stressed, overall diet is what’s key in supporting a healthy gut.