Mindfulness Can Boost Your Mindset After Cardiac Arrest

Mindfulness Can Boost Your Mindset After Cardiac Arrest 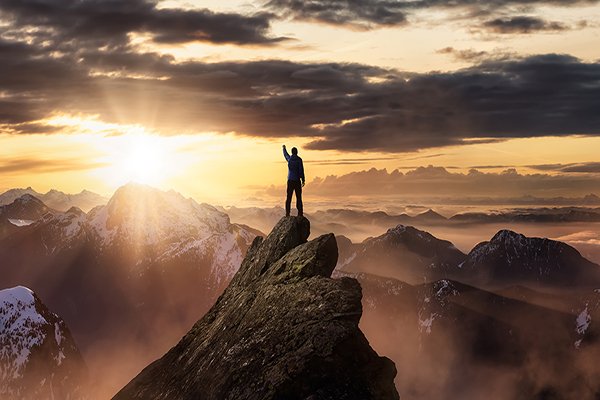 Shining a light on the powerful link between the mind and body, a new study suggests that cardiac arrest survivors who learn to focus their thoughts on the here and now during recovery are less likely to become depressed or anxious.

The finding centers on a mental health practice known as “mindfulness,” which amounts to a sort of stop-and-smell-the-roses approach to life.

“Mindfulness can be defined as non-judgmental awareness of the present moment” through techniques such as meditation or yoga, explained study lead author Alex Presciutti, a PhD candidate in clinical psychology at the University of Colorado Denver.

That, he said, essentially means leaving behind regrets about the past or fears about the future, in favor of a moment-by-moment focus.

For example, that could involve paying closer attention to the flavor, texture or smell of meals. “Or, when taking a walk outdoors, attending to the sights, sounds and smells in your environment,” Presciutti noted.

Even the American Heart Association (AHA) thinks doing so may have cardiovascular benefits, as it noted in a scientific statement issued earlier this year that highlighted its potential as a protective tool for reducing stress and bolstering well-being among heart patients.

That could be important, says Presciutti, given that “we know that depression and other mental health struggles are quite common even in long-term cardiac arrest survivors.”

His own prior research revealed that 1 in 5 long-term cardiac arrest survivors experienced elevated depression symptoms, 1 in 4 developed anxiety, and 1 in 4 struggled with post-traumatic stress disorder (PTSD) symptoms.

For the current study, Presciutti focused on 129 cardiac arrest patients, equally divided between men and women. Nearly all were white, with an average age of 52, and all were enrolled in an online support group.

On average, the patients were roughly five years out from their cardiac arrest. The heart stoppage in cardiac arrest comes on suddenly and is often fatal, though in recent years survival odds have improved due to better and more timely interventions (including CPR and defibrillator shocks).

All the patients completed an initial mental survey in 2019 to assess for depression, anxiety and PTSD. A second survey was completed one year later.

Investigators found that those who had — on their own inclination — embraced a more present-focused and accepting take on life had fewer signs of psychological distress. (None of the patients were enrolled in a study-specific mindfulness program.)

Presciutti emphasized that the study does not actually prove that mindfulness causes depression or anxiety to fall away, only that the two appear connected.

Still, “this is promising news,” he said, “because it means we have identified mindfulness as something that may help cardiac arrest survivors, a population that struggles with chronic psychological symptoms. Going forward, we will need to study the potential protective role of mindfulness in cardiac arrest survivors in more robust study designs.”

“It’s not surprising that the practice of mindfulness is helpful for this patient population,” said Gould, who was not part of the study.

“After a significant life event, the brain can focus on fears of the future or ruminate on the past. These can be important factors in maintaining anxiety and depression. Mindfulness grounds us in the present moment and allows us to gain some distance and a different perspective on these unhelpful mind states,” she noted.

“The important thing to remember is that mindfulness requires practice,” Gould stressed. “It is just like building a muscle. We have to continue to tend to it,” whether that be through self-guided meditative practice or assistance through apps.

“Some people find it helpful to practice as part of a group or a community,” Gould noted, “which allows a feeling of connection and accountability with the practices, which can be difficult to implement.

“Of course, when the symptoms of depression, anxiety and PTSD are clinically significant it is important to seek professional care and use mindfulness as an adjunct to treatment,” she cautioned.

“[But] I am happy to see many cardiologists and other physicians recommending mindfulness practices to their patients as a means of stress reduction,” said Gould. “I still think it is underutilized and can be a very helpful tool for appropriate patients.”

Presciutti and his colleagues will report their findings at an AHA online meeting later this week. Such research is considered preliminary until published in a peer-reviewed journal.