Lost Weight? One Factor Can Keep It From Returning

Lost Weight? One Factor Can Keep It From Returning 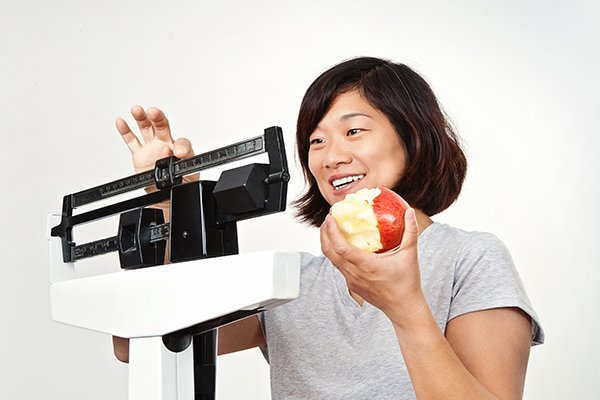 Losing weight is hard, and keeping it off can be even harder. Now, a new study suggests that sitting less might make all the difference.

People who maintained their weight loss spent about three hours less each day sitting than did folks who were obese and stayed that way.

“That’s a quite a difference,” said study author Suzanne Phelan, a professor of kinesiology and public health at the Center for Health Research at California Polytechnic State University in San Luis Obispo.

People who lost weight and kept it off also burned more calories per week with physical activity, the study showed.

“Finding ways to sit less and move more is part of the successful package of tools for weight management,” Phelan said. Other tools include eating a healthy diet and monitoring your weight and food intake, she said.

The study included more than 4,300 people who lost weight on WW (formerly Weight Watchers) and kept it off. They lost close to 55 pounds, on average, and managed to keep around 20 pounds off for three years. Using questionnaires, researchers compared their sitting habits to those of people who were obese and stayed that way.

When compared with people who stayed the same weight, those who kept their weight off spent an average of three fewer hours of sitting per day, both weekdays and weekends. Also, they spent one hour less per day sitting at a computer or playing a video game during the week or weekend. There were no differences in sitting time spent reading, studying, traveling, talking, texting, socializing or watching TV among the two groups.

The study appears in the June issue of Obesity.

“Someone can take a 60-minute walk but then sit for the rest of the day,” Phelan said. “Engage in planned physical activity, and also pay attention and interrupt any extended periods of sitting.”

The message is clear: move more and sit less, agreed Dr. Scott Kahan, the director of the National Center for Weight and Wellness in Washington, D.C.

“Both the amount of physical activity we get and the amount of time we spend sitting can influence weight and other health risks, such as risk for diabetes and heart disease,” said Kahan, who wasn’t part of the study.

It’s not just about standing instead of sitting. “Do your best to increase physical activity and minimize sitting time,” he said.

“Some prefer to increase activity via short, more intense workouts, whereas others prefer to build bits of activity in throughout their days; these are both valuable strategies, and whichever fits one’s life demands, schedule and preferences is fine,” said Kahan.

Sitting less can start with playing sports rather than video games, walking while socializing with a friend rather than talking on the phone, and exploring hobbies that promote moving, he said.

“Exercise is not a great weight-loss tool, but it’s the only way to maintain your weight after you lose it,” added Dr. Mitchell Roslin, chief of obesity surgery at Lenox Hill Hospital in New York City. He was not involved in the new study.

Phelan received a research grant from WW International, Inc., and other study authors were employees and shareholders of WW.