Jog on: Exercise Won’t Raise Your Odds for Arthritic Knees

Jog on: Exercise Won’t Raise Your Odds for Arthritic Knees 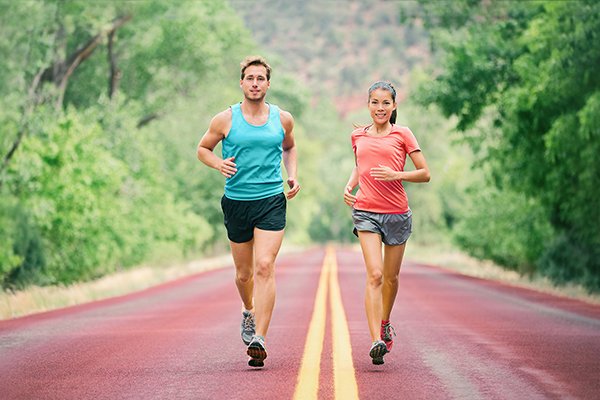 Dr. Kim Huffman, an avid runner, gets a fair amount of guff from friends about the impact that her favorite exercise has on her body.

Next time the topic comes up, Huffman is well-armed: An extensive British analysis of prior study data has found no link between a person’s amount of exercise and their risk for knee arthritis.

The research team combined the results of six clinical trials conducted at different places around the globe, creating a pool of more than 5,000 people who were followed for 5 to 12 years for signs of knee arthritis.

In each clinical trial, researchers tracked participants’ daily activities and estimated the amount of energy they expended in physical exertion.

Neither the amount of energy burned during exercise nor the amount of time spent in physical activity had anything to do with knee pain or arthritis symptoms, the researchers concluded.

“This helps dispel a myth that I’ve been trying to dispel for quite a while,” said Huffman, an associate professor at the Duke University Medical Center’s division of rheumatology.

“If you add up the amounts of activity that people do and also the duration of activity, neither of those is associated with knee arthritis,” added Huffman, who wasn’t involved in the analysis.

He agreed the study “further corroborates the fact that levels of exercise in one’s personal life do not increase the risk, the onset or progression of osteoarthritis.”

So where did this misconception come from?

Huffman thinks it’s because people mistake exercise-related injuries for the effect that exercise itself has on your joints.

“Right now, the clear risks for knee arthritis are genetics, injuries and female sex,” Huffman said. “People who exercise more may be more likely to injure their knee. That’s where I think the myth comes from.”

“I don’t think we’re finding that simple overuse or using your joint is a problem. It’s more an association with injuries and perhaps in the setting of obesity or high genetic risk,” Huffman said.

Your best bet is to choose an exercise that poses the least risk of a knee injury, Huffman said.

“If you want to go snow skiing, I don’t think that’s a huge problem but you’re probably going to be more likely to injure yourself downhill skiing than, say, walking in your neighborhood or training for a marathon,” Huffman said. “It’s not soccer or football or skiing itself. It’s just the risk for injury during those activities.”

On the other hand, exercise provides benefits that go far beyond healthy joints, said Mandelbaum, co-chair of medical affairs at Cedars-Sinai Kerlan-Jobe Institute at Santa Monica, Calif. He played no role in the research review.

The analysis was published recently in the journal Arthritis and Rheumatology.