Is Self-Control the Key to a Long, Healthy Life?

Is Self-Control the Key to a Long, Healthy Life? 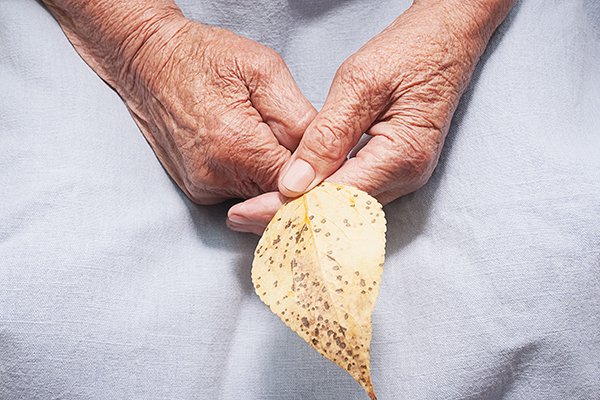 If your children are well-behaved, do they stand a greater chance of having healthy, happy lives as adults?

After tracking just over 1,000 New Zealanders from birth to the age of 45, investigators found that kids who were goal-oriented and better able to restrain their thoughts, behavior and emotions turned out to have healthier bodies and brains by the time they hit middle age.

“We found that as adults, at age 45, children with better self-control aged more slowly,” said study author Leah Richmond-Rakerd, an assistant professor of psychology at the University of Michigan, in Ann Arbor. “Their bodies and brains were healthier and biologically younger. We also found that they had developed more health, financial and social reserves for old age.”

Why? Richmond-Rakerd said her team thinks it has to do with having “better emotional regulation to deal with life. They plan better so that they experience fewer crises and challenges. And their response to challenges is more measured and thoughtful when crises do arise.”

James Maddux is a senior scholar with the Center for the Advancement of Well-Being at George Mason University in Virginia. Though not a part of the study team, he suggested that the findings might stem from a youthful ability to delay gratification.

“So many behaviors that contribute to poor health are the result of a relative inability to delay gratification,” said Maddux, meaning the inability to forgo smaller, short-term rewards in favor of more substantial long-term rewards. Examples of short-term indulgences, he noted, could include smoking, binge drinking, overeating, unsafe sex and going to parties in the midst of a pandemic.

The study team gauged self-control between the ages of 3 and 11 by enlisting teachers, parents and the enrolled children to assess each kids’ impulsivity, frustration tolerance and ability to persist in achieving goals.

Then, a combination of physical exams, interviews and brain scans were carried out at age 45 to determine physical health and social well-being as an adult.

The investigators found that those who had greater self-control when young had fewer indications of brain aging by middle-age, were better informed about both health and finances, and had developed better social skills.

Importantly, the team found that the findings held up even after accounting for both family income and IQ scores.

And while acknowledging that “some children develop self-control more easily than others,” she stressed that the study also found that “some people shifted in their level of self-control over time, suggesting that self-control might be malleable, and subject to intervention.”

To that point, the researchers found that it wasn’t just childhood self-control that influenced well-being later in life. The study authors also concluded that “adults with better self-control developed more health, financial and social reserves for old age, even if they did not have so much self-control as children,” Richmond-Rakerd said.

“We think this has important implications,” she said. “Even if we didn’t exercise good self-control in early life, there may still be opportunities to prepare ourselves for aging when we are in our 40s and 50s. It’s not too late.”

Maddux agreed. “There is some evidence that, like almost all aspects of personality, the capacity for self-control is partially ‘wired in’ by your DNA,” he said.

“But there is also a lot of evidence that self-control, or what is usually called self-regulation, consists of a set of specific skills that can be learned and practiced so that one gets better at them, like any other set of skills,” he added.

“This means that anyone can learn how to exert better self-control,” whether that’s through parents “modeling” it for their children or adults acquiring better self-regulation skills later in life, Maddux said.

“Of course, the longer you’ve been practicing bad self-regulation habits, the more difficult it will be to unlearn them,” Maddux said. “But it can be done.”

The report was published online Jan. 4 in the Proceedings of the National Academy of Sciences.