The spice that adds punch to your favorite Kung Pao chicken, Tex-Mex chili or Indian curry may also help save your life.

Preliminary research shows that eating chili pepper may reduce your risk of death from heart disease, cancer and other causes, building on past studies that have found chili pepper to have health benefits.

“I think a lot of people are going to find this information quite new and pleasantly surprising,” said Penny Kris-Etherton, a professor of nutrition at Pennsylvania State University in College Park, who reviewed the findings.

For the study, researchers at the Cleveland Clinic in Ohio reviewed health and dietary records of more than 570,000 participants in four large studies conducted in the United States, Italy, China and Iran. The investigators compared health outcomes of people who ate chili pepper to those who rarely or never did. 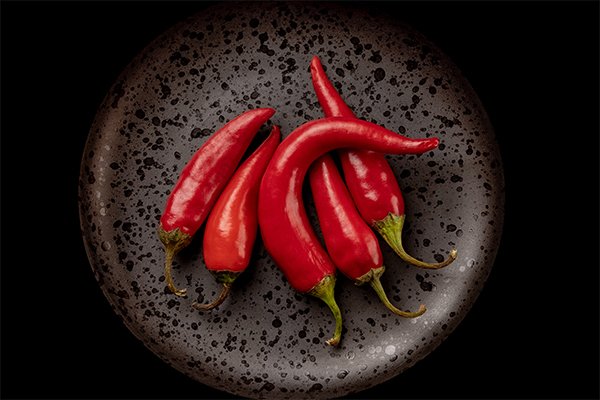 The upshot: Those who ate chili pepper had a 26% reduction in death from heart-related causes, a 23% reduction in cancer death and a 25% reduction in all-cause mortality during the study period.

Even though dietary and cultural practices varied, similar trends were seen in all four countries, said senior author Dr. Bo Xu, a cardiologist. The findings highlight the impact of diet on overall health, he said.

But what’s the magic in chili peppers?

The researchers pointed to a chemical component called “capsaicin” — which is responsible for the pepper’s spiciness — as a potential explanation for chili’s benefits. It’s been studied before, Xu noted.

“People promote it as being something that is anti-inflammatory, anti-cancer and anti-obesity,” he said, speculating that capsaicin explains the chili pepper’s apparent health benefits. But Xu added that further study is needed to confirm it.

Meanwhile, Xu encourages patients in his cardiology practice to eat a Mediterranean diet, which is rich in fruits and vegetables, as well as certain types of nuts, protein, fish and olive oil.

“Pay attention to your diet because dietary factors can be both positive and negative,” Xu said. “I think it’s really important to pay attention to what you eat in terms of promoting your overall and cardiovascular health.”

Kris-Etherton noted that past studies have shown that capsaicin helps quell growth of cancer cells, which may play a role in reduction of mortality from cancer and all causes.

Chili peppers contain potassium, fiber and vitamins A, B6 and E, she said, noting these can benefit blood pressure. And adding chili pepper might replace some of the salt a person might otherwise add to food. Many people — including Americans and people from Asian cultures — eat a very high-salt diet, Kris-Etherton added.

“Rather than just cut the salt out, people are looking for seasonings and flavorings, and this may be one that has a double benefit, decreasing the sodium and adding some antioxidants and maybe some bioactive components like capsaicin,” she said.

But too much of a good thing can also cause problems. Hot pepper can cause nausea, vomiting, diarrhea and a burning feeling in the gastrointestinal tract, she explained.

If you want to add chili pepper to your diet, Kris-Etherton suggests using it as a flavoring.

“People could use them with certain foods. So, let’s just say they want to make something like guacamole, which is fine, but then pair it with healthy foods,” Kris-Etherton said. “Don’t get your chili peppers by eating a lot of avocado with a ton of chips.”

The study didn’t break down the amount and type of chili pepper that might be needed for health benefits. Xu also said it’s too early in the research to give dietary guidelines for eating chili peppers to improve health outcomes.

The researchers are continuing to analyze data and hope to publish the full paper soon. The preliminary findings are scheduled to be presented at a virtual meeting of the American Heart Association Nov. 13 to 17.

Learn more about chili peppers and health from the U.S. National Library of Medicine.