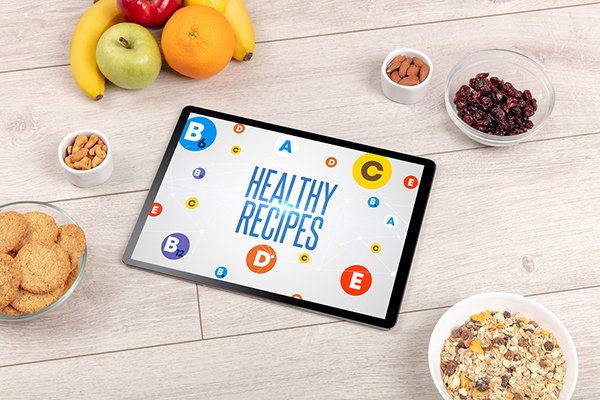 Think about some of your favorite recipes. Do they include heavy cream by the cupful? Butter by the stick? Those meals may be tasty, but they aren’t doing your heart any favors. Fortunately, you don’t have to throw out your recipe books — or sacrifice flavor — to make your meals more heart healthy.

All it takes is a little translating. When the casserole recipe calls for heavy cream, you read “evaporated skim milk.” In your mind, two cups of all-purpose flour can transform itself to one cup of all-purpose flour plus one cup of whole-wheat flour. With just a few simple substitutions, you’ll be well on your way to a low-fat, high-fiber, heart-friendly diet.

Here are some easy and satisfying ways to tweak your recipes. These tips have been collected from the U.S. Food and Drug Administration, the American Cancer Society, the Ohio State University Extension Service, and the Purdue University School of Consumer and Family Sciences.