Get Your Dietary Fat From Plants, Cut Your Stroke Risk

Get Your Dietary Fat From Plants, Cut Your Stroke Risk 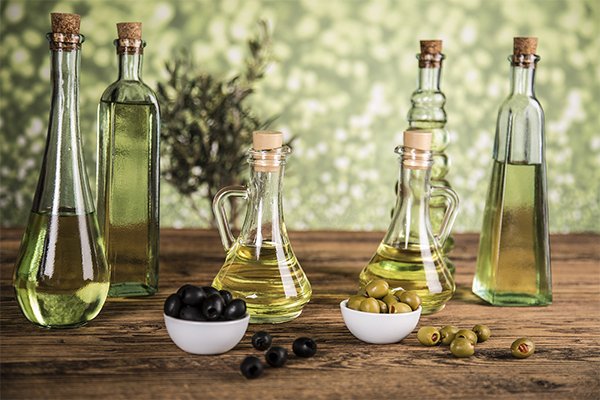 People who get their dietary fat from olive oil rather than steak may help reduce their risk of suffering a stroke, a preliminary study suggests.

The study, of more than 100,000 health professionals, found that those who favored vegetable oils and other plant foods as their source of fat generally had a lower risk of stroke over the years.

On the other end of the spectrum were people who got much of their dietary fat from meat. The 20% with the highest intake of those fats were 16% more likely to suffer a stroke, compared to the 20% with the lowest intake.

Many studies have looked at the relationship between dietary fat and stroke risk. This one focused on the food sources of that fat, said lead researcher Fenglei Wang, a postdoctoral fellow at the Harvard School of Public Health in Boston.

And the findings, he said, favor replacing beef fat with vegetable oils like olive, soybean or corn.

Wang will present the results Saturday at an online meeting of the American Heart Association (AHA). Studies released at meetings are generally considered preliminary until they are published in a peer-reviewed journal.

The findings do not imply that dietary fat is the whole story when it comes to cardiovascular health, said Alice Lichtenstein, a professor of nutrition science at Tufts University in Boston.

Lichtenstein, who was not involved in the study, is lead author of the AHA’s latest dietary advice, published earlier this week.
She said overall diet quality is the key, and not any single nutrient.

“People who eat a lot of vegetable fats are probably doing many other things, too — like eating fruits and vegetables, exercising and not smoking,” Lichtenstein said.

The study did account for many of those variables to arrive at its figures regarding dietary fat. And, Lichtenstein said, the negative health effects of saturated fat likely account for some of the higher stroke risk among red meat fans. (In contrast, people who favored plant-based fats probably ate little saturated fat.)
But the point remains that people should focus on their whole diet, Lichtenstein said.

“I think we still have a hangover from the 1990s,” she noted, referring to the period when “low-fat” became the rage.

In its advice, the AHA encourages people to eat plenty of whole and “minimally processed” foods, and cut heavily processed foods like chips, crackers and other snack favorites.

That helps limit less-than-healthy fats, as well as sugar and sodium, Lichtenstein said. Just as important, a diet high in foods like fruits, vegetables, high-fiber grains and fish will supply the nutrients people need to support their cardiovascular health.

As for fat, the AHA recommends focusing on the source: Use liquid vegetable oils, like olive, canola and safflower oils, rather than butter. And go for foods like nuts, nut butters, seeds and avocado.

Meat is not off the table, according to Lichtenstein. But choose lean cuts, avoid processed meats, and replace some meat servings with fatty fish — which is high in the omega-3 fatty acids that are linked to reduced risks of heart disease and stroke.

For the study, Wang’s team used data from two long-running studies of U.S. health care professionals, involving more than 117,000 participants in all. At the outset, in the 1980s, and then every four years, they completed detailed diet questionnaires.

Over 27 years, nearly 6,200 participants had a stroke. That risk dipped as intake of plant-based fats increased. In contrast, the risk rose in tandem with consumption of fat from meat.

For each daily serving of red meat, the risk of stroke climbed 8%, and for each serving of processed meat, it rose by 12%.
That, Wang said, was after the researchers accounted for factors such as calorie intake, exercise habits, smoking and drinking, and conditions such as diabetes and high blood pressure.

People switching to a more plant-rich diet do need some savvy. If you’re buying packaged meat “alternatives,” for example, check the label for things like sodium and sugar content, Lichtenstein said.

In general, she said, the less processed the food is, the better.