Fish on Your Plate May Keep Your Brain Sharp

Fish on Your Plate May Keep Your Brain Sharp 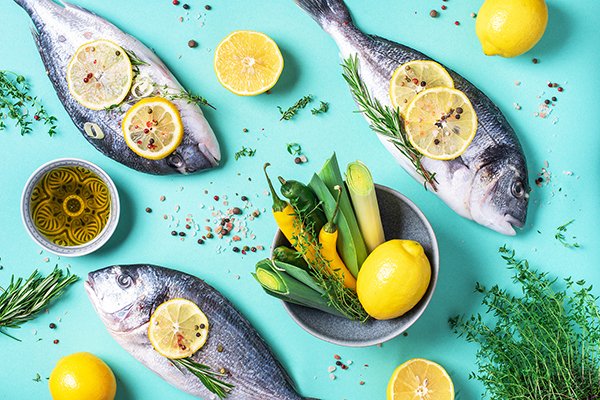 Older folks who eat fish a couple of times a week may be doing their brains a favor.

New research suggests that fish, even in moderate amounts, helps stave off vascular disease that may ultimately lead to dementia.

“Previous studies, including work from our team in France and others in the U.S., reported protective associations of eating fish against cognitive decline and risk of dementia in later life,” said study lead author Aline Thomas.

Her new investigation found that among healthy adults aged 65 years or older, “two or more servings of fish per week may protect the brain against vascular lesions, before obvious signs of dementia appear,” Thomas said.

There was one caveat, however: A protective effect was only seen among seniors younger than 75.

Thomas is a doctoral student with the Bordeaux Population Health Research Center at Bordeaux University in France.

In the Nov. 3 issue of Neurology, she and her colleagues reported the results of brain scans conducted among more than 1,600 men and women over 65 years old (average age 72). None of the participants had a prior history of dementia, stroke or heart disease.

Scans were examined for three telltale signs of vascular illness. The scans revealed that small brain lesions were present in 2% of the patients, brain cavities were present in 8% and fluid build-up in brain tissue was present in 6%.

Though all three can develop long before obvious signs of dementia, all have been linked to a long-term increased risk of dementia and an overall decline in mental acuity.

At the same time, participants were asked about their diets, and how much fish — including salmon, tuna and/or sardines — they consumed each week.

On average, the group consumed fish about twice a week.

The research team then stacked the development of brain lesions, cavities and fluid up against each participant’s fish consumption habits.

The result: Vascular disease — which can affect blood flow to the brain — was cited among just 18% who ate fish four times a week and in 23% of seniors under 75 who consumed fish three times weekly.

The study authors stressed that their findings highlight an association, and do not actually prove that eating fish can prevent dementia onset.

Still, why was no such association seen among those 75 and up?

“The reasons for this specificity are not clear yet,” said Thomas. “One hypothesis is that fish consumption might be more beneficial at the earliest stages of the disease process, thus among younger participants.”

Even so, she added, if they hold up upon further research, the findings may ultimately provide “a potentially simple and inexpensive preventive strategy” to help seniors get a head start on curbing dementia risk.

This is “not a surprise,” Sandon said.

“The brain requires omega-3 fats found in salmon and sardines to develop and stay healthy throughout life,” Sandon explained, noting brain tissue is made up of these healthy fats. “Omega-3s are just as important for brain health and promoting clear vessels in the brain as they are for heart health.”

It’s not just seniors who stand to gain a significant health benefit, added Sandon, who stressed that “the need for healthy fats starts in infancy for proper growth and development of the brain.”

Her take-home advice: “No need to wait. Start eating fish and other sources of omega-3s such as walnuts and flax seed now. And to promote health and longevity with a sound mind, start early and eat fatty fish often.”