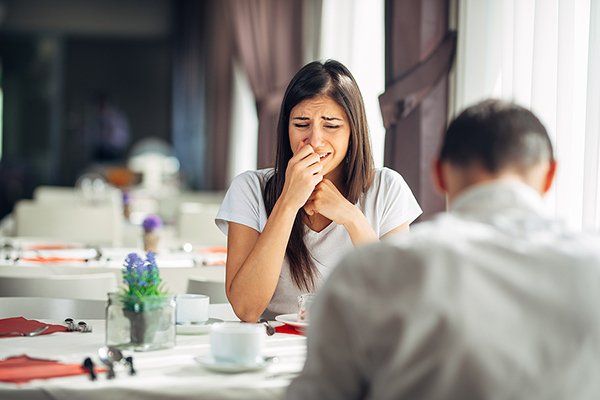 Does someone close to you constantly insult you or humiliate you? Do you feel like you’re always walking on eggshells in an effort to keep that person from blowing up at you? Are you starting to believe the accusations that person levels at you?

If you answered “yes” to any of the above questions, you may be a victim of verbal abuse. This form of abuse, though it may not leave the easily discernible bruises that we associate with its physical equivalent, should not to be taken lightly. Whether perpetrated by a partner, parent, friend, or boss, verbal assaults can be every bit as devastating as physical battering.

Ongoing, repeated verbal attacks meted out by an intimate, or by someone in a position of authority, can drastically affect self-esteem, give rise to enormous anxiety and periods of confusion, and even lead to clinical depression in susceptible individuals.

Family therapist Bruce Linton of Berkeley, California, speculates that we are inclined to underestimate the damage that verbal assaults — harsh words, or even words spoken in a harsh manner — can inflict.

“Many people take to heart the old saying, ‘Sticks and stones can break my bones but names will never hurt me,'” says Linton. “But names can be very injurious, especially when said by someone we love.”

In her book Verbal Abuse Survivors Speak Out: On Relationship and Recovery, Patricia Evans explores the mental anguish caused by unrelieved verbal aggression. Although physical abuse draws attention to itself in unequivocal ways, its spoken counterpart can be quite subtle, says Evans, an author and researcher who reports talking with more than 30,000 victims of verbal abuse. Victims may find it difficult to describe, or even recognize, when it occurs, according to Evans. A particular pattern of verbal assaults may have taken years to evolve, condemning both victim and perpetrator to endless repetitions of the same abuse.

Indeed, as is true of batterers, the verbal abusers’ goal — whether conscious or not — is to exert exclusive control over the victim, Evans says. When thwarted, verbal abusers may repeatedly remind victims of their shortcomings, make uncalled-for pronouncements as to what they are (or are not) achieving in life, then act out with angry blow-ups or punish with stony silences.

It’s not surprising, then, that victims of verbal abuse often end up depressed, or even questioning their sanity, says Evans, who adds that the literature points to a high correlation between verbal abuse and feelings of powerlessness and depression. Over time, the unremitting assault on individuals’ autonomy and sense of identity can erode their confidence and self-esteem.

When dealing with a verbal abuser, victims may be reminded over and over again that what they believe to be true is not correct. Attempts to explain that the attacks hurt or to counter insults are often met with those time-worn disclaimers, the ones every good verbal manipulator has to excess in his or her ready arsenal: “You’re over-reacting.” “You’re too sensitive.” “Can’t you just take a joke?” When victims are forced to dismiss their own reality at every turn, reality itself can become warped, Evans says.

In her books, Evans defines 15 types of verbal abuse:

If you think you may be a victim of verbal abuse, the most important thing you can do for yourself is get some support and help. Verbal abusers are often charming and gregarious in social situations, so it may be hard for friends and family to see and understand what you’re going through. Lynn Cohen, MA, a licensed marriage and family therapist in Vacaville, California, says verbal abuse victims are often isolated and confused, and may think that they are the problem rather than the abuser.

One of the largest hurdles verbal abuse victims need to surmount, Evans says, is to stop blaming themselves. “It often takes time for the partners of verbal abusers to realize that the abuser is the one with the problem,” she writes in her latest book on the issue. “Most women who are verbally abused spend time focused inward, soul-searching, taking inventory, trying to identify their ‘sins,’ trying to find out what they did wrong.”

Defending yourself through language judo

Not surprisingly, many of the survivors portrayed in Evans’ book opt to end their abusive relationships. Those victims and their partners who decide to battle the demons together must work with their partners to change the abusive behavior.

For people who are serious about ridding their lives once and for all of verbally abusive relationships, linguist Suzette Haden Elgin, PhD, has written a concise, easy-to-follow book, You Can’t Say That To Me: Stopping the Pain of Verbal Abuse — An 8-Step Program, that describes how to overturn even the most entrenched patterns of abuse, whether these same have evolved in family, work, or social settings.

“If you are a verbal victim, you need to set aside the idea that you are weak,” writes Elgin. “It takes a great deal of strength to endure life in an environment of verbal violence. It takes courage to get up every day and face your tormentor(s) again. That’s not weakness — but it is a great waste of your strength.”

Elgin suggests how to identify signs of verbal abuse, strategies for defending yourself against it, and, finally, various tactics for putting an end to it. Among other things, she says that the majority of verbal abusers aren’t sadistic, and thus don’t derive pleasure in inflicting pain. Her theory is that many are simply emotional “klutzes” who need education, or people who simply don’t know how to get the emotional attention they so desperately crave.

Among other things, Elgin suggests going into “Computer Mode” when faced with a verbal attack — that is, keeping very neutral and controlled, “the safest stance you can have.” She suggests answering someone who yells “Why can’t I ever FIND anything around here! Do you hide things to annoy me, or WHAT?” with a calm, neutral statement such as “It’s very annoying not to be able to find things.” Your goal, she says, “is to respond to the attacker in a way that doesn’t set you up, reward the attacker, sacrifice your dignity, or cause a loss of face on either side. Eventually the attacker will run out of steam, making a mental note that you’re no fun as a victim and shouldn’t be chosen for that role in the future.”

Therapists are not in full agreement on how easily abusers can be rehabilitated. Patricia Evans agrees that such abusers often aren’t aware of how damaging their behavior is. Nevertheless, she says, abusers usually feel better after a verbal assault, while the victims invariably feel worse.

Most therapists agree, however, that abuse is a learned behavior. Marriage and family therapist Lynn Cohen points out that most verbal abusers have cripplingly low self-esteem. They were probably verbally abused themselves, most likely as children. “They don’t think much of themselves, or they wouldn’t be doing it,” she says.

Why you shouldn’t put up with it

Regardless of why verbal abusers do what they do, victims must recognize the toll that the abuse takes on their mental and physical health. Women, in particular, face societal pressure to keep up the facade of the “happy home,” or to avoid confronting a boss, coworker or friend who verbally abuses them

But verbal abuse is literally dangerous to our health, as Elgin points out in her book. A “toxic verbal environment,” she writes, is dangerous in the same way that contaminated food or polluted water is dangerous. Not only does verbal abuse lead to depression, it’s poisonous for everyone in the vicinity. Many people, she adds, associate verbal self-defense with “a collection of killer smart cracks plus language strategies for wiping the floor with your opponent. That’s not an accurate image, and you don’t have to go that route. Use [gentle] verbal self-defense instead.”

For support or information on emotional and physical domestic abuse, call 800-799-SAFE, or visit http://www.ndvh.org You may also write the group ndvh@ndvh.org The group also provides resources and support for victims of physical, sexual, and psychological abuse.