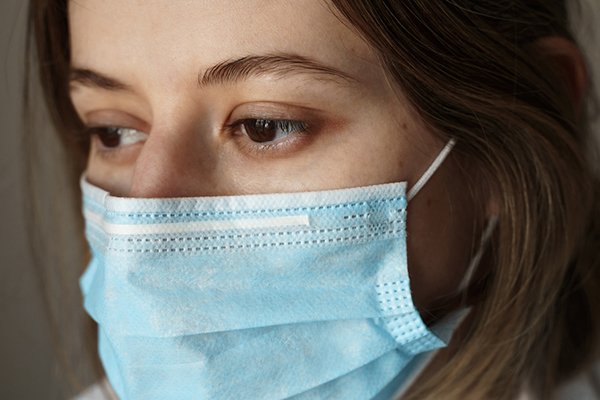 This is not a good time to have hypochondria. For folks who routinely obsess about their health, the coronavirus crisis could greatly magnify their distress. But there’s some good news for them in this era of sheltering-in-place.

While in-person talk therapy is the gold standard for helping hypochondria patients overcome a crippling fear of health threats, a new study suggests online therapy can be just as effective.

Prior research suggests “that people who typically worry much about their health react more strongly to health-related threats, such as that of a pandemic,” said Erland Axelsson, the study author. And if so, the ability to access online treatment options could prove invaluable to such patients, he said.

The study of more than 200 Swedes was conducted between 2014 and 2020. Although it pre-dates COVID-19, it could offer much-needed reassurance to patients who may view online treatment as their safest option under the current circumstances.

“We found that ‘cognitive behavior therapy’ (CBT) — which is the most researched and widely recommended treatment for health anxiety — can be delivered as a text-based treatment via the internet with effects on par with face-to-face treatment,” said Axelsson, a clinical psychologist and postdoctoral researcher at the Karolinska Institutet in Stockholm.

He noted that hypochondria — also called “health anxiety disorder” — involves an excessive preoccupation with health that lasts for six months or longer. It typically “leads to substantial suffering, impairment, or both,” and is rooted in depression and fear-based behavior that can undermine work and relationships, he added.

Study participants were 39 years old on average and had struggled with health anxieties for nine years on average.

After completing a health anxiety survey, half the patients were randomly selected to receive three months of face-to-face behavioral therapy offered by five psychologists. The first once-a-week session lasted 80 minutes, while each subsequent session lasted about 45 minutes.

The goal: to break behavior patterns that feed health anxiety. For example, those who felt paranoid about their heart health were encouraged to exercise without checking their pulse.

The other group was provided three-months of online therapy. The goal was the same, but without any in-person or video-linked interface. Instead, each week patients were given written self-help guidance by the same psychologists, alongside the ability to email any questions. Providing that service took about 10 minutes per patient a week.

All the patients subsequently completed additional health anxiety surveys once their therapy programs wrapped up, and then again six months out and one year later.

At all stages of follow-up, both groups fared equally well in terms of ability to better reign in anxiety, depression and insomnia rooted in previously uncontrolled health fears.

“Internet-delivered CBT requires less time from the therapist, can be delivered regardless of geographical distances, and does not require the patient to take time off from work,” Axelsson said. “Also, stigma preventing people from seeking help could be less of a problem.”

Still, one expert expressed some hesitancy.

“With the expansion of tele-health because of the pandemic, there is increased access to care for all,” acknowledged Dr. John Torous, director of digital psychology at the Beth Israel Deaconess Medical Center in Boston.

But that doesn’t necessarily mean that people will get the treatment they really need, he warned. This is especially true since many tele-health platforms don’t share medical records, making it “hard to offer good continuity of care if a patient is using multiple different services,” he said.

Also, not all online therapies are equal, said Torous, who chairs the American Psychiatric Association’s committee on mental health information technology. “There is a rich legacy of strong clinical research that supports the efficacy of internet-based face to face therapy,” he noted. And that makes sense, he said, because “it still involves a direct connection between a clinician and a patient.”

But online self-help therapies that do not involve human interaction “appear to be less effective than therapies that have people in the loop,” he noted.

The study results were published May 13 in JAMA Psychiatry.

The National Alliance on Mental Illness has more about health anxiety.