Corporate Health: The Cold, Hard Facts About Obesity In The Workplace

Corporate Health: The Cold, Hard Facts About Obesity In The Workplace

Just how much of an effect does obesity have on your business and staff?

In this day and age, employers are constantly facing many different hardships and struggles that are brought on by the economy and the everyday problems that the workplace can bring?tight budgets, absent employees, returns on investment and satisfying your clients and consumers. However, while these problems can challenge your company and force you to work harder as a team, in the end, they can be very beneficial to the overall success and growth of your business.

However, there is one particular avenue of growth that is beginning to make a negative dent on many companies all across the United States?the ever-growing problem of obesity in the workplace. From large-scale factories to corporate cubicles all across the country, accommodating larger or heavier employees has simply become a fact of life in the business world. 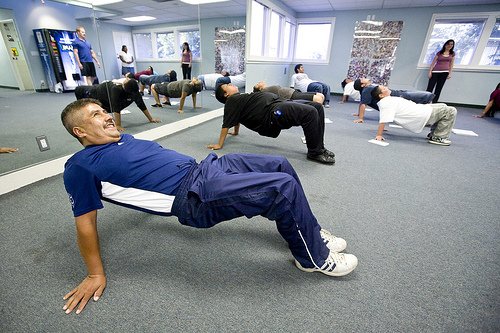 The impact of obesity on the workplace goes well above and beyond the impact that it has on the health and wellness of the individuals involved, and it is now becoming evident that this common problem is an ever-increasing expenditure that is affecting the bottom line of companies everywhere. In fact, researchers are saying that the impact of larger, heavier employees in the workplace can be boiled down to $1,000 to $6,000 in added costs per year for each obese employee, with the figure rising along with a worker’s body mass index (BMI).

Given the fact that, on average, one out of every three people you know and work with could be considered obese, this is a growing problem with repercussions that have the potential to take some companies by surprise over the next few years if they do not take preventative steps now.

One of the most startling aspects of the obesity problem in corporate culture is the dramatic increase over the last few years alone in the number of people who are becoming obese, or even morbidly obese. According to a study conducted by the Centers for Disease Control and Prevention, during the past 20 years, there has been a dramatic increase in obesity in the United States and rates remain high. In 2010, no state had a prevalence of obesity less than 20%. Thirty-six states had a prevalence of 25% or more, and 12 of these states had a prevalence of 30% or more.

While obese Americans have had a significant impact on the increased cost of health care in the work place, the doctor’s office is not the only area where obesity ups the expense. Research released by Duke University found that the cost to employers of obesity among full-time employees was an estimated $73.1 billion a year. What’s more, severely obese individuals with a body mass index greater than 35 accounted for 61% of all obese employee costs, though they represent only 37% of the overall obese population.

If billions of dollars lost is not a wake-up call to employers to help their employees get fit and stay in good health, perhaps the secondary side effects will be; A primary benefit of reducing obesity in the workplace is having happier and healthier employees, who are also more productive and take less time off due to illness related-problems.

If you are looking to learn more about what your business can do to provide a healthy work environment for your employees, while also offsetting and reducing the financial burden that obesity can bring to the workplace, contact Walkingspree today to learn about the many benefits of our corporate-sponsored wellness programs.