Carrying a Tune Could Lead to Better Health

Carrying a Tune Could Lead to Better Health 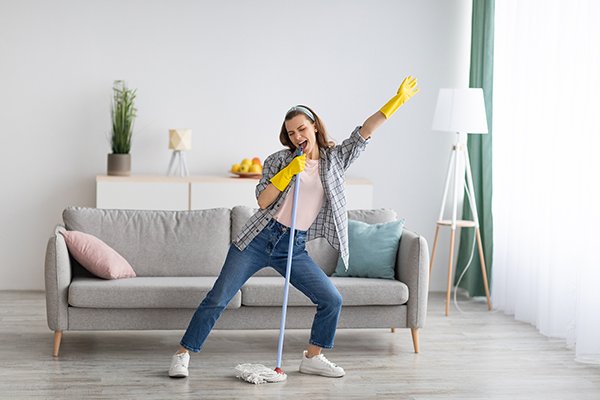 Not everyone can sing like a nightingale. When some of us try to carry a tune, we sound like Bob Dylan imitating Elmer Fudd.

Still, no matter the sound, experts say we should limber up our larynxes more often. According to a growing body of research, bursting into song is good for both your body and your brain.

“Singing a song that we know by ourself or with others triggers the reward system in the brain and releases dopamine that makes us feel better,” said Dr. Gottfried Schlaug, who studies brain imaging and music at the University of Massachusetts Amherst.

One great thing about singing is you can reap the benefits anytime, anywhere. When COVID-19 sent society into lockdown mode last year, people around the globe belted out songs from their balconies to relieve stress and anxiety.

“It doesn’t matter if you’re singing in a public group or you’re alone in the car singing (along) with Michael Jackson. It’s all beneficial,” said Kay Norton, a professor of musicology at Arizona State University who studies the healing power of music.

Nobody knows exactly when humans first started singing on a regular basis. But in recent decades, scientists have studied its benefits in a range of areas, from relieving pain to minimizing snoring and helping improve posture and muscle tension.

Singing seems to have a particularly strong impact on lung function. Hitting all the notes in a song requires deep breathing, which improves oxygen intake and may help people with asthma or chronic obstructive pulmonary disease.

But as good as singing may be for your body, it might be even better for your brain.

In addition to flicking on the dopamine switch, singing releases other feel-good hormones like oxytocin. It also may lower cortisol levels, reducing stress. A June 2019 study in BMJ Supportive and Palliative Care showed it helps people who’ve lost a loved one cope with grief. Other research published in 2016 in Evolution and Human Behavior shows singing in a choir improves feelings of social connectedness.

A metanalysis of several studies published this past May in the Journal of the American Geriatrics Society shows singing can trigger otherwise inaccessible memories for people with Alzheimer’s and other forms of dementia.

“When dementia comes along and robs somebody of some of their normal brain capability, singing can still activate the brain locations where musical memories were stored long ago. You see people light up when they hear something that’s familiar break through the fog of dementia,” said Norton, who has written a book about singing and well-being. She suggests people share a playlist of their favorite songs in case loved ones need it one day.

Some people who’ve suffered brain damage from a stroke can actually sing words or phrases even if they’re unable to say the same words or phrases, said Schlaug, who regularly sings with his stroke patients to determine if an intense program of singing helps their recovery.

While neuroscientists are still trying to figure out exactly why singing therapy helps some people who have had a stroke, one theory is it fires up brain activity and connects networks in different regions of the brain, particularly on the right side of the brain.

Interest in singing therapy and other types of music therapy have significantly increased in recent years, with thousands of board-certified practitioners now working with patients in schools, doctor’s offices and nursing homes.

But even if you’re just singing in the shower, everyone should do it regularly, Schlaug said. After all, it’s one of the easiest activities to do and may have therapeutic potential.

“It doesn’t cost anything,” he said. “We don’t even need an instrument: We are the instrument ourselves.”