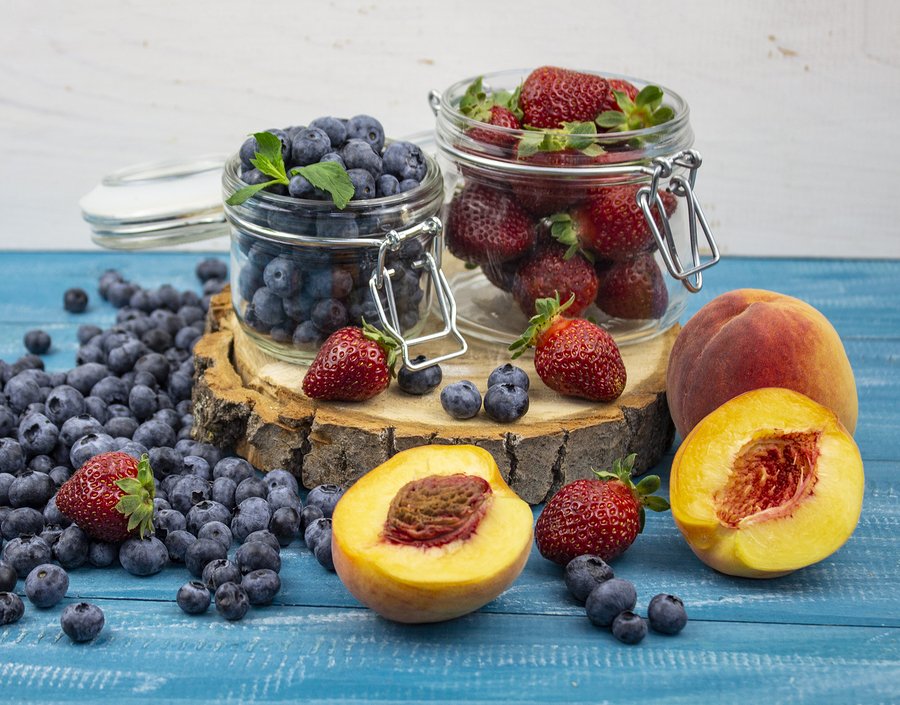 People who had the lowest amounts of fruits — like apples and berries — and red wine and tea in their diets were two to four times more likely to develop Alzheimer’s disease or another related dementia, the study found.

“Diet matters. And the good news is you don’t have to make dramatic changes. Modest changes like going from not eating any berries to eating a cup or two a week can make a difference,” explained the study’s senior author, Paul Jacques. He’s a senior scientist and director of nutritional epidemiology at the USDA Human Nutrition Research Center on Aging at Tufts University in Boston.

The researchers suspect that flavonoids — substances naturally found in plant foods — are providing these potential benefits in brain health. One major health benefit associated with flavonoids is reduced inflammation. Inflammation has been linked to Alzheimer’s disease and other forms of dementia.

Jacques noted, however, that the study cannot prove a definitive cause-and-effect relationship between fruits and teas and wine in the diet and dementia. It’s possible that people who eat more fruits or drink more tea or wine may have other healthy habits that affect their dementia risk. But Jacques said the researchers attempted to control for as many of those factors as possible, such as smoking, physical activity and obesity levels.

The research included 2,800 people who were 50 or older when the study began in 1970. Their average age was 59. About half were women, and most participants were white and of European descent.

The study volunteers answered questions about their dietary habits approximately every four years. The information was collected for an average of nearly 20 years. If someone was diagnosed with Alzheimer’s disease or a related dementia, like vascular dementia, the researchers didn’t include diet information in the years leading up to the diagnosis. Jacques explained that as memory and thinking abilities decline, the ability to accurately report what you’ve eaten goes down. Also, people with dementia often change their dietary habits, preferring different foods.

The researchers sorted the diet information into four categories of flavonoids intake. They compared people with the lowest intake to those with the highest intake.

On the low end, people had no berries, about 1.5 apples and no tea during the month. On the highest end, people ate about 7.5 cups of blueberries or strawberries, eight apples or pears and had about 19 cups of tea (green or black) each month.

The researchers found that folks consuming the lowest amounts of apples, pears and tea had twice the risk of developing Alzheimer’s dementia or other related dementias.

Consuming the lowest level of blueberries, strawberries and red wine was associated with a fourfold risk of developing Alzheimer’s or other related dementias.

Jacques said a number of factors are suspected in Alzheimer’s disease, including genetics and environmental considerations. Previous research has suggested that diet is a strong environmental factor, and this study adds to that evidence.

“This study also seems to tell us that the risk of dementia varies with people’s dietary intake,” Jacques said.

Heather Snyder, vice president of medical and scientific operations for the Alzheimer’s Association, agreed that many factors contribute to Alzheimer’s and other related dementias.

“Alzheimer’s disease is complex. Brains are complex. Looking across the life course, genetics, nutrition, education and other factors are all part of a puzzle. This study is another piece in that puzzle,” she said.

Snyder said a strength of this study is its long-term follow-up. But she said it’s important to learn the effect of diet in a larger, more diverse population.

Both experts said it’s better to have a healthy diet throughout your life. But both also said there are likely brain-health benefits if you change your diet to healthier fare no matter what your age.

The study was published online recently in the American Journal of Clinical Nutrition.

Learn more about diet and the prevention of Alzheimer’s disease from the U.S. National Institute on Aging.