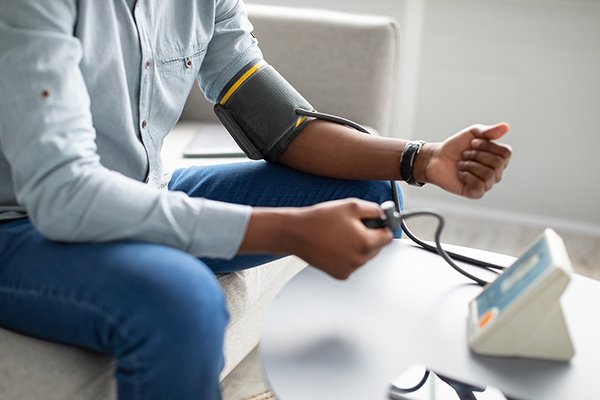 People with high blood pressure that doesn’t respond to treatment may have more success by following the DASH diet and joining a supervised diet and exercise program, a new study suggests.

Duke University researchers found it can help people with treatment-resistant high blood pressure lose weight, and exercise can boost their fitness when they take part in a supervised diet and exercise program at a cardiac rehab center.

“Our findings showed lifestyle modifications among people with resistant hypertension can help them successfully lose weight and increase their physical activity, and as a result, lower blood pressure and potentially reduce their risk of heart attack or stroke,” said James Blumenthal. He is a professor of psychiatry and behavioral sciences at Duke University School of Medicine, in Durham, N.C.

The study participants were randomly divided into two groups. One received dietary counseling and exercise training in a cardiac rehab center three times a week. The other group had a single informational session with a health educator and received written guidelines on exercise, weight loss and nutritional goals to do on their own.

Those in the supervised program had about a 12-point drop in systolic blood pressure, compared with 7 points in the self-guided group. (Systolic pressure, the first number in a blood pressure reading, measures the force your heart exerts on artery walls as it beats.)

People in the supervised program also saw greater improvements in other key indicators of heart health, which might mean a lower risk of a heart attack or stroke, according to the study authors.

“While some people can make lifestyle changes on their own, a structured program of supervised exercise and dietary modifications conducted by a multidisciplinary team of health care professionals in cardiac rehabilitation programs is likely more effective,” Blumenthal said in a news release from the American Heart Association.

He said the findings don’t mean people can stop taking their blood pressure medicine. But, they may want to talk to their doctor about reducing the dosages or changing medications based on their improved blood pressure readings, Blumenthal added.

The findings were published Sept. 27 in the journal Circulation.