Bee Healthy: Honey May Be a Better Alternative for Colds

Bee Healthy: Honey May Be a Better Alternative for Colds

There may be no cure for the common cold, but a spoonful of honey might make it less miserable, a new research review concludes.

Parents have long used honey to soothe kids’ sore throats and cough — probably because their parents did. But the review of 14 clinical trials finds some science to back it up.

Overall, adults and kids given honey had less-severe, less-frequent coughing spells than those who received “usual care” — including over-the-counter cough syrups, cold and allergy medicines, and painkillers.

And while honey might not be a slam-dunk against cold symptoms, it’s reasonable to give it a try, experts said.

That’s partly because the cold-and-cough medicines sold in drug stores do not work well and can have side effects, said Dr. Russell Greenfield, an integrative medicine specialist who was not involved in the study.

“The reality is: We don’t have a good conventional therapy for the common cold,” said Greenfield, who is clinical physician executive of Novant Health Integrative Medicine in Charlotte, N.C.

In contrast, honey might be helpful, and it’s largely safe and relatively cheap.

The exception, Greenfield said, is babies: Children younger than 1 year should not be given honey, due to the risk of botulism.

Honey has a centuries-long history as a folk remedy, including as a balm for sore throats and cough. For the new review, researchers at Oxford University in England pulled together recent evidence on whether the nectar actually works.

They found 14 clinical trials done since 2007; most focused on children, but five involved adults. Each tested honey against standard cold-and-cough medicines or a placebo.

Overall, honey was better than usual care in limiting coughs.

“The majority of studies focused on cough, and the evidence is best for cough,” said lead review author Hibatullah Abuelgasim, a medical student at Oxford.

A few studies looked at other symptoms. A study of adults, for instance, measured throat irritation and found that honey seemed to speed recovery.

Given the mostly benign nature of honey, “it’s reasonable to try it — especially if it replaces potentially harmful alternatives,” Abuelgasim said.

One of those potentially harmful alternatives is antibiotics, which are commonly prescribed for colds. That’s despite the fact that antibiotics kill bacteria, and therefore, won’t work against the viruses that cause colds.

In some cases, a person with a cold may develop a secondary bacterial infection and need medication for it, Greenfield noted. But, he said, “colds, by definition, won’t respond to an antibiotic.”

What is the magic behind honey? It’s not entirely clear, according to Greenfield.

Honey contains antioxidants, he noted, and research suggests it has antimicrobial and anti-inflammatory activity. It also helps coat the mucus membranes, Greenfield said, which might bring some relief.

Plus, it’s sweet and “doesn’t taste bad,” he said. “In integrative medicine, we don’t discount the placebo effect — we try to use it.”

As for the best way to use honey — by the spoonful or mixed into tea, for example — the trials do not answer that. They used various modes of delivery, Abuelgasim said.

Her advice: “It may be best to take it how you prefer.”

With the world in the middle of a pandemic, however, even a cough should be taken seriously, according to Greenfield.

“These days, it’s a different animal,” he said.

So before turning to self-care with honey, Greenfield said, anyone who develops a cough or other possible symptoms of COVID-19 should consult their doctor.

The findings were published online Aug. 18 in the journal BMJ: Evidence-Based Medicine.

The Mayo Clinic has advice on self-care for cold symptoms. 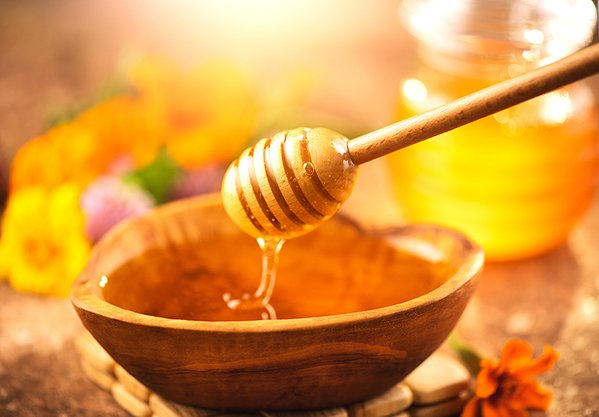